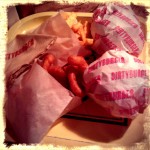 A weekend of filling my face. Followed by a fast day (part of the 5:2 thing – have yet to see whether it works). Followed by a dirty burger. I ate some really good stuff, I took some pictures – when I could remember and when it was light enough – and I thought I’d share the food love.

First up, dinner at The Clove Club, on Friday 1 March with my pal Alison. Very exciting. This is my restaurant. Well, partly mine. The fellas from Upstairs at the Ten Bells wrote a crowd funding pitch on Crowdcube last year to raise funds to open a new place in Shoreditch Town Hall. I had eaten at the Ten Bells (and loved it), was on their mailing list, and got a couple of emails that sparked my interest. Didn’t do anything about it though, until, after being wined and dined as a guest of The Siam in Bangkok (there to do a hotel review – it’s properly sexy, go if you can) I was sat in my hotel room, possibly a little juiced, and impulsively (not a word often associated with me) decided to sink some of my savings into the project. From my mobile – smart.

As it turns out, 49 other people decided to do the same, and St Vibes (working title) raised almost double what it had pitched for. A good sign, no?

Anyway, fast forward a few months and it was time to visit for dinner. While writing this I’ve suddenly remembered how excited I’ve been to read the reviews, and here’s the one from Time Out. They like it: ‘one of the restaurants that will define this year’ – weeeee! The Standard has also called it ‘cuisine du blogeur’, so I’ll keep it brief.

The cocktails were delish, the welcome was warm, the food was inventive, interesting, a little weird in places (‘this tastes of the sea’) I have to admit – but then, I like that. The lighting was moody. So, since I haven’t worked out how to take good pics on my retrocamera app in low lighting yet (all advice welcome), my photos are few. Here they are.

Some (effective it seems, but then, I am also a longtime fan of Absolut’s advertising) pretty vodka bottles on the way out of Old Street Tube. 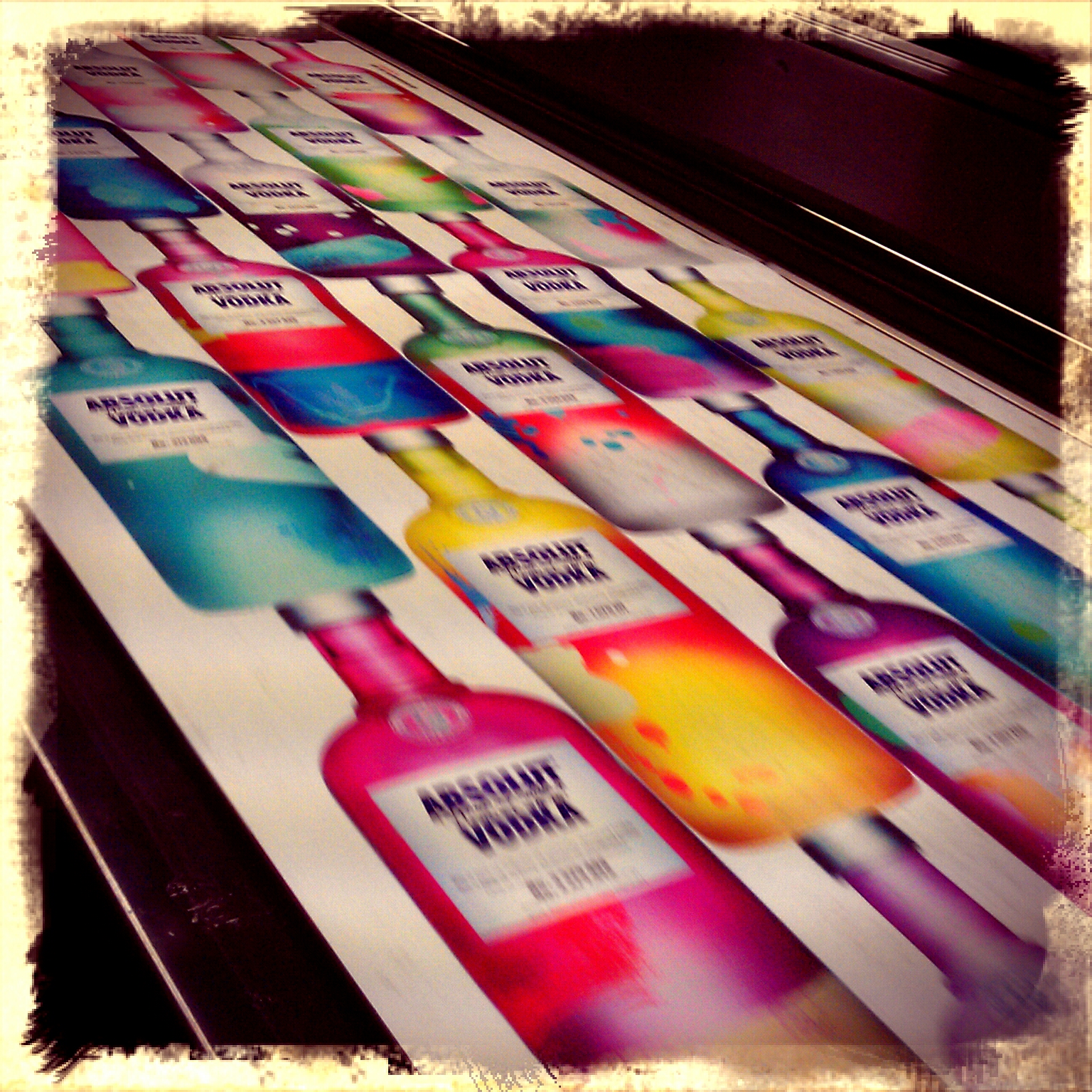 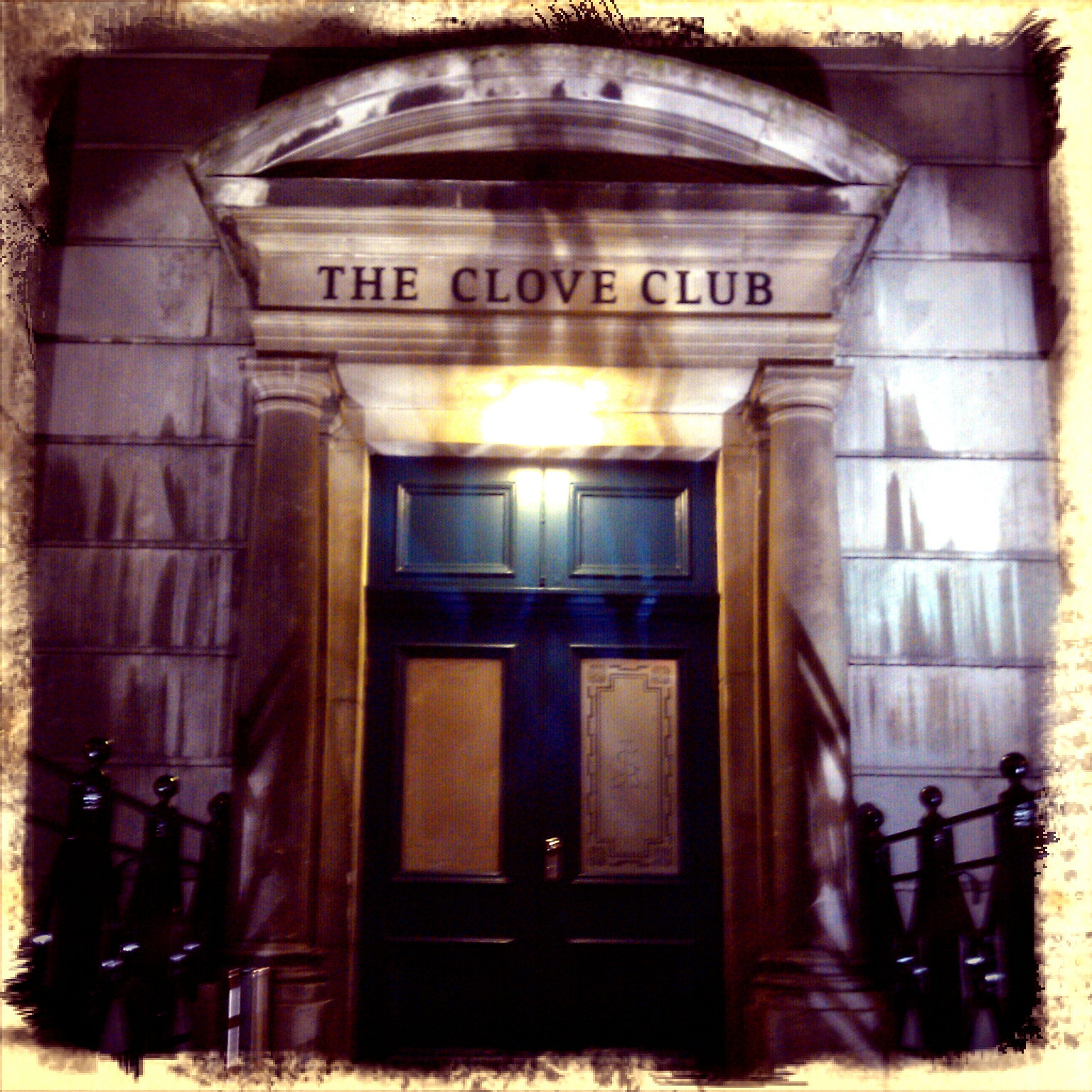 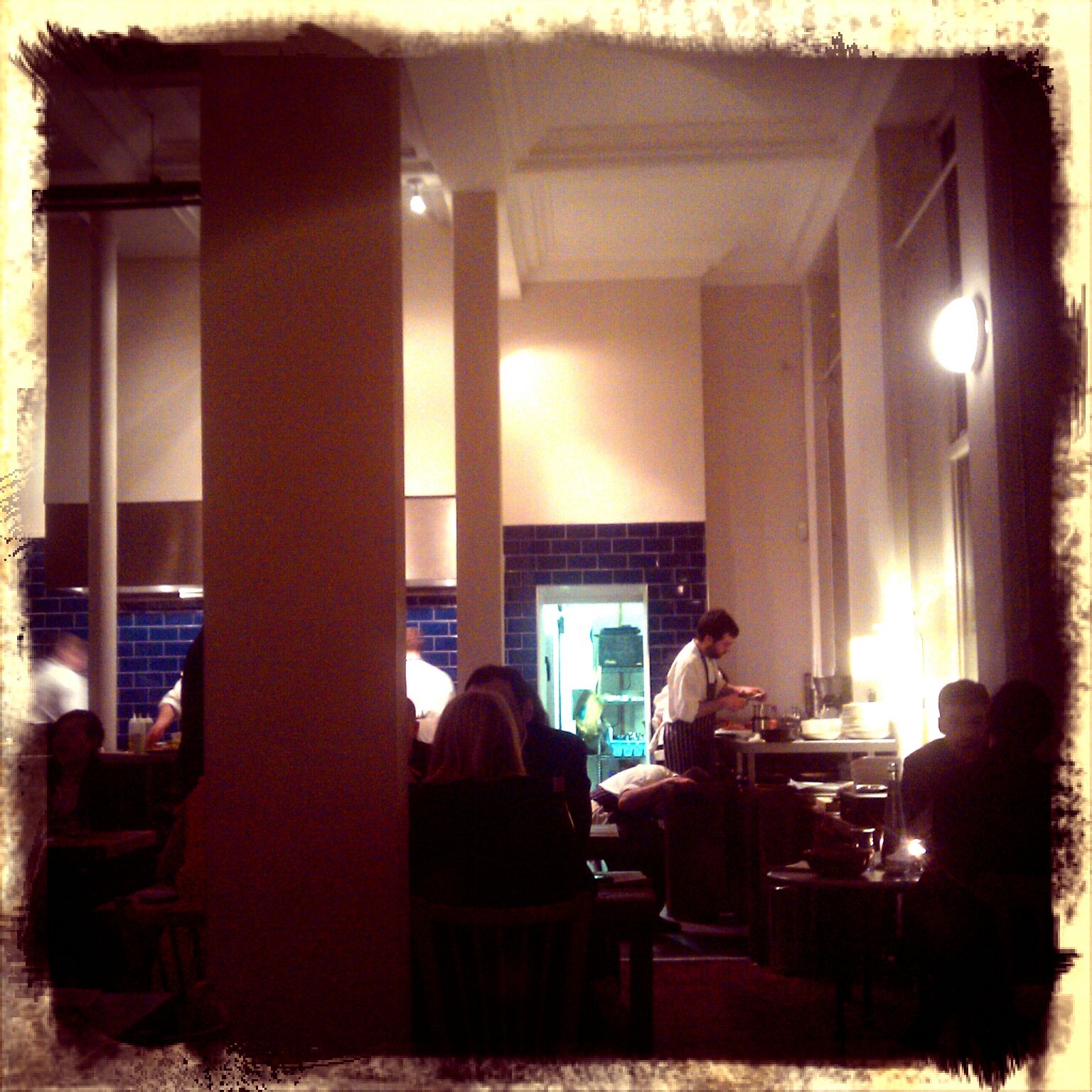 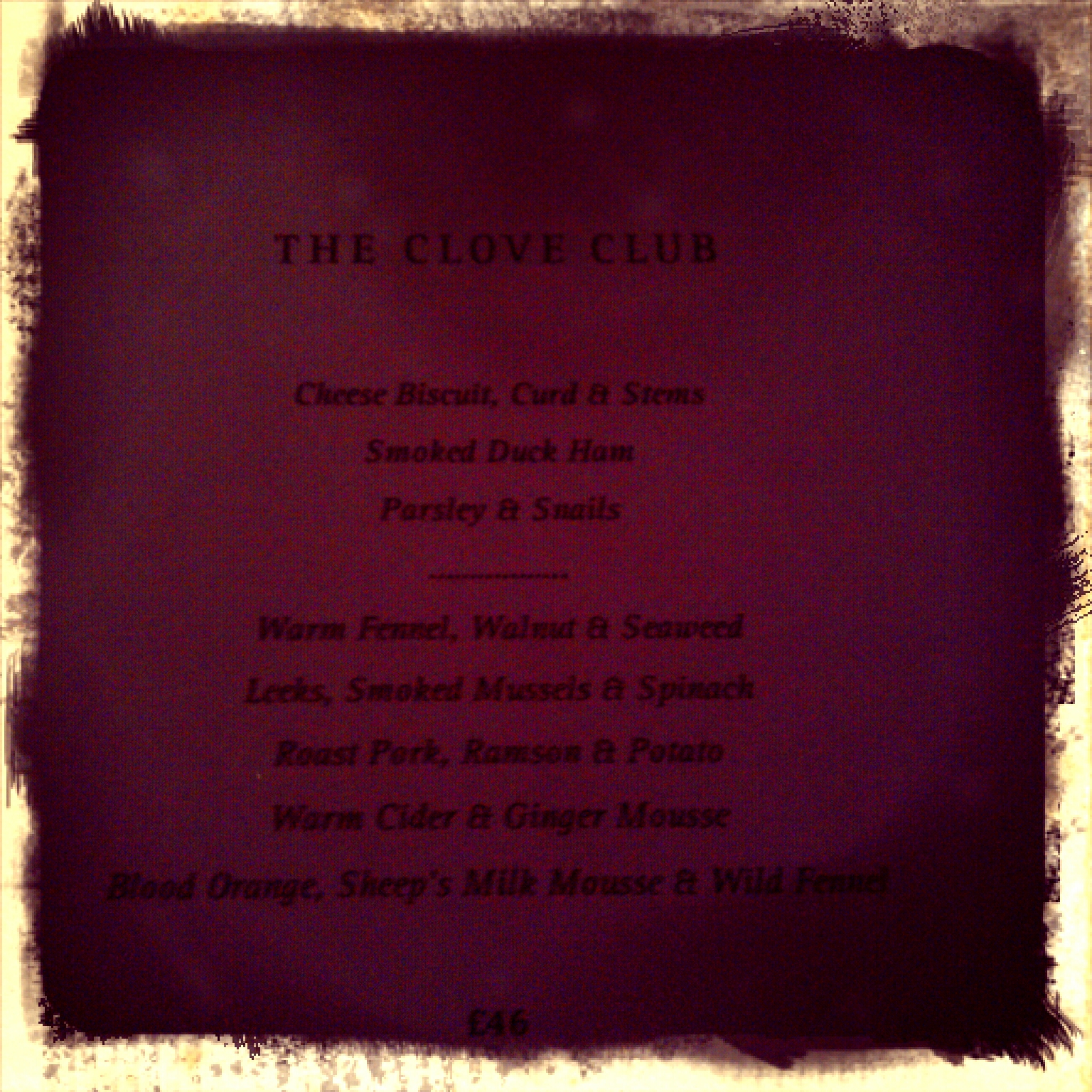 Suffice to say, it’s pretty cool and if you’ve got a few bob to spare (it’s a medium-to-pricy night out, depending on your wage packet), then GO GO GO. No dividends for me for the first few years, but I’m in it for the long haul, and eventual world domination.

OK, so then on Saturday it was time to dine again. This time for a restaurant review at The Manor at Weston on the Green in Oxfordshire. I went with my sister, who was very patient while I made her wait till I’d taken pictures of everything before she could eat it. Yes, this point-snap-blog thing does feel a bit strange/look at me/isn’t there some eating to do or telly to watch, but I’m trying it on for size.

The building was part 11th century, part Tudor, part 19th century and was once owned by one of Henry VIII’s cronies. It was beautiful and the grounds were manicured and doused in sunshine, so sat at our table in front of the window was a very pleasant place to be. The food was locally sourced (of course) and cooked by someone who clearly knew what he was doing. Pictoral evidence follows. 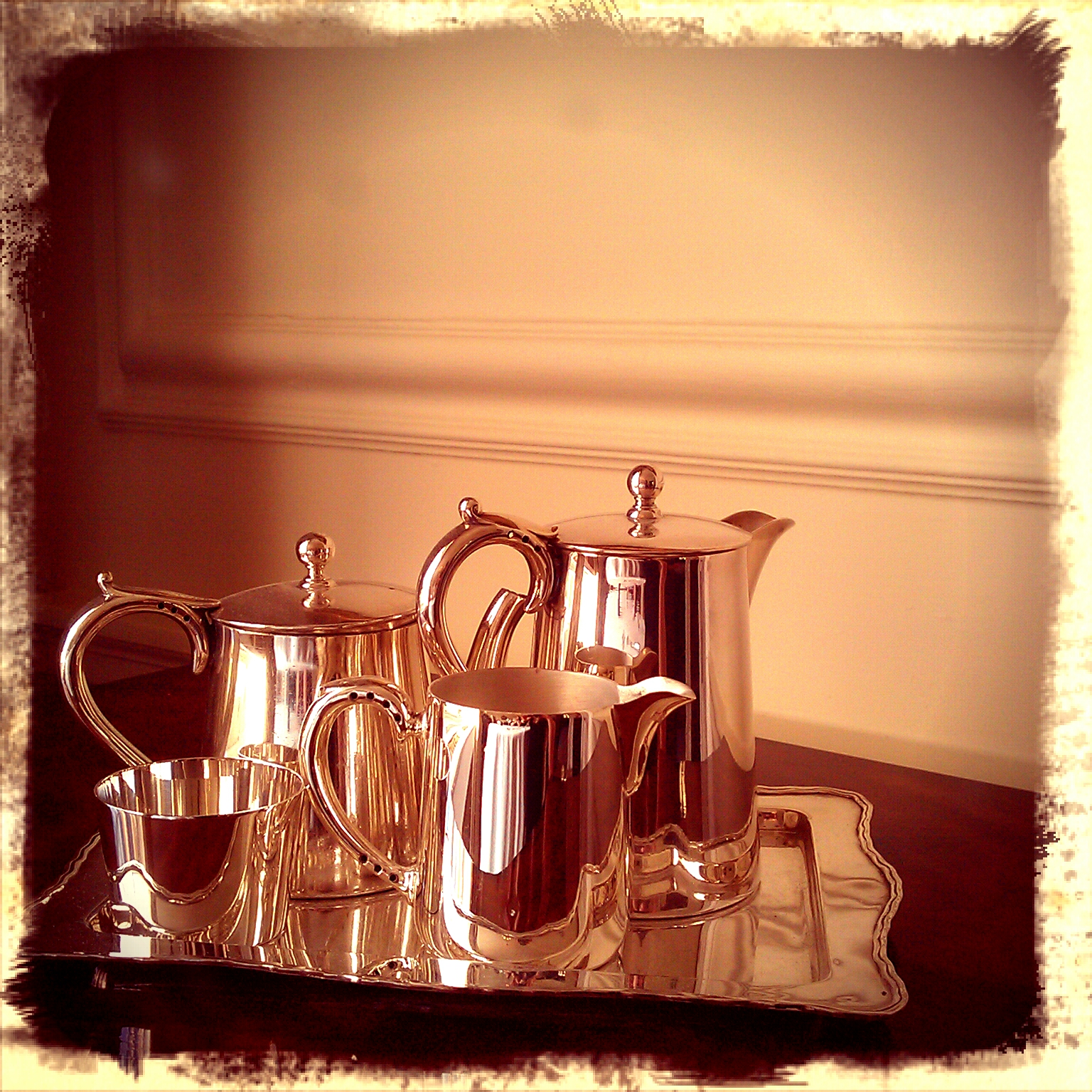 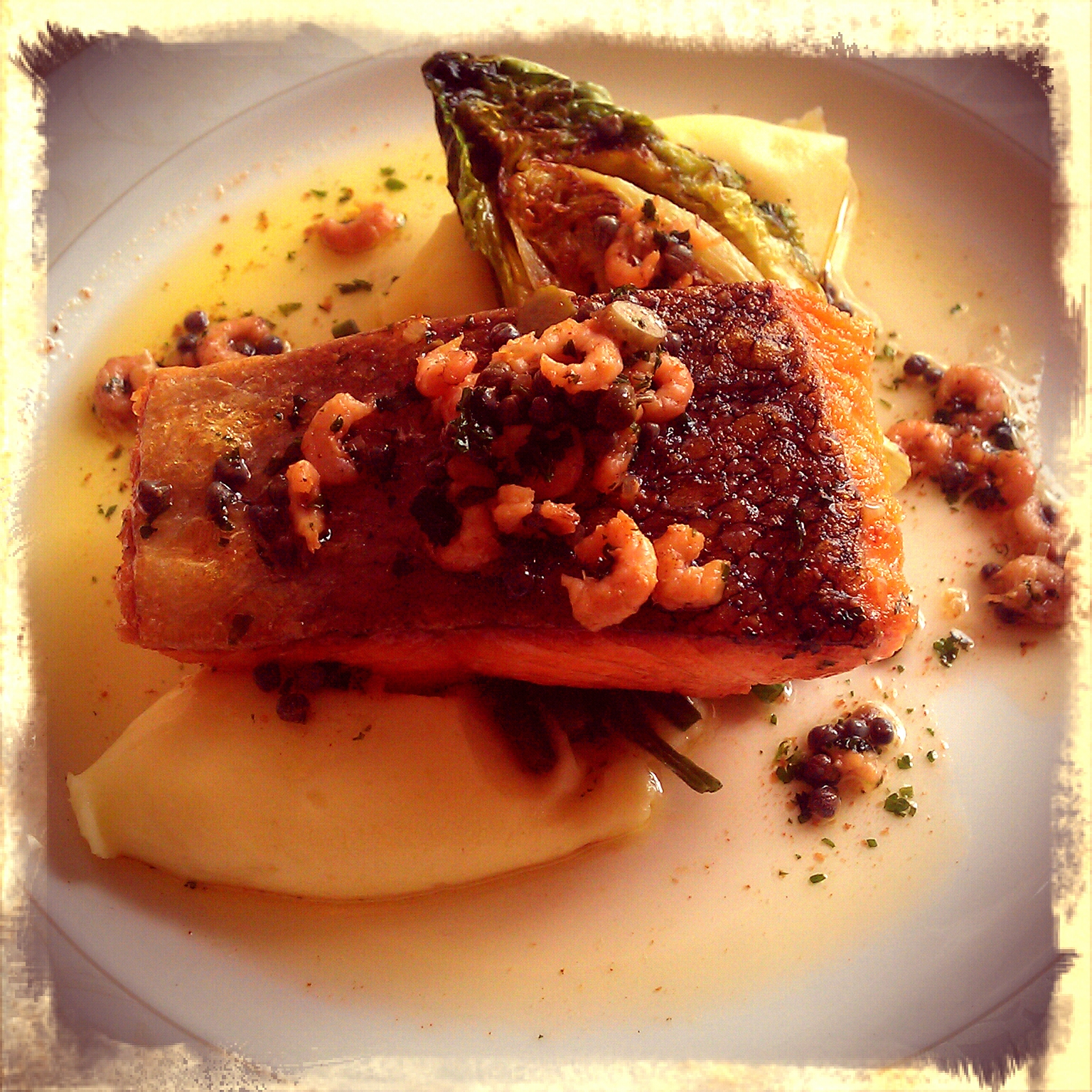 These were brilliant. They looked like boiled sweets and we turned up our noses, but then we each bit into one. ‘Oooh, it’s got liquid inside – all fruity!’ Little sugary balls of delight. Fun guessing the flavours. 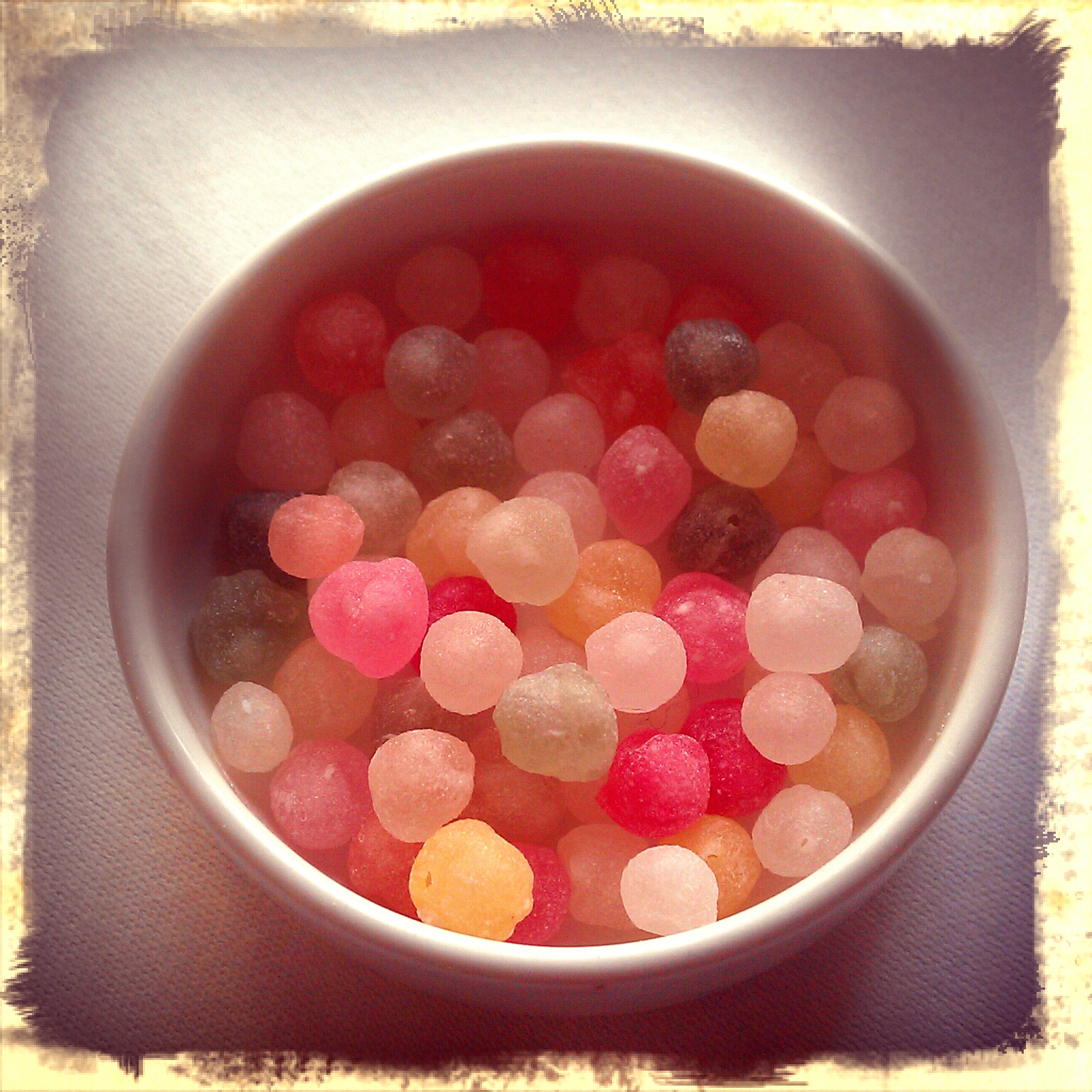 Then came cheese and pudding – truly delightful biscuit in the foreground there. 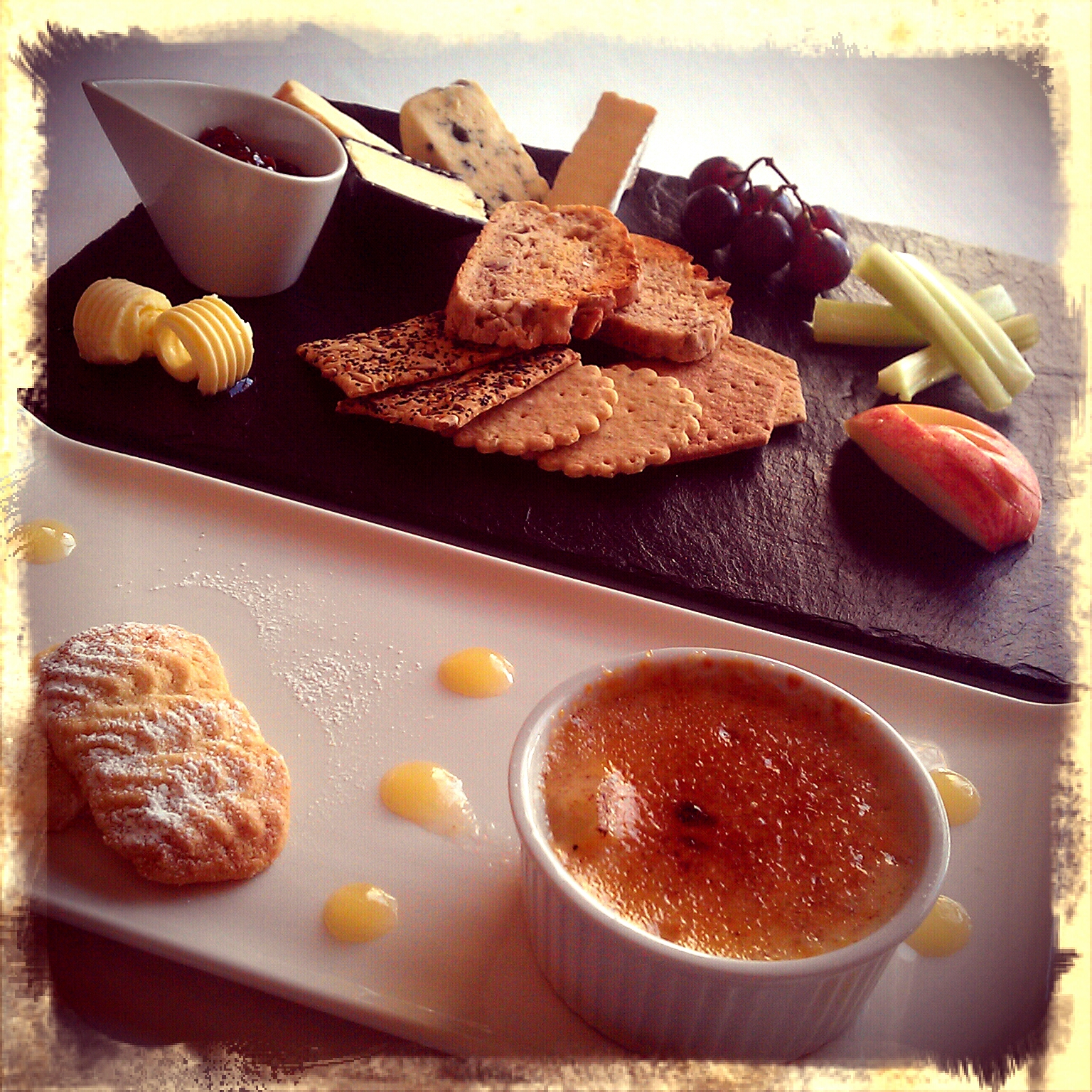 And peppermint tea in a very covetable teacup. 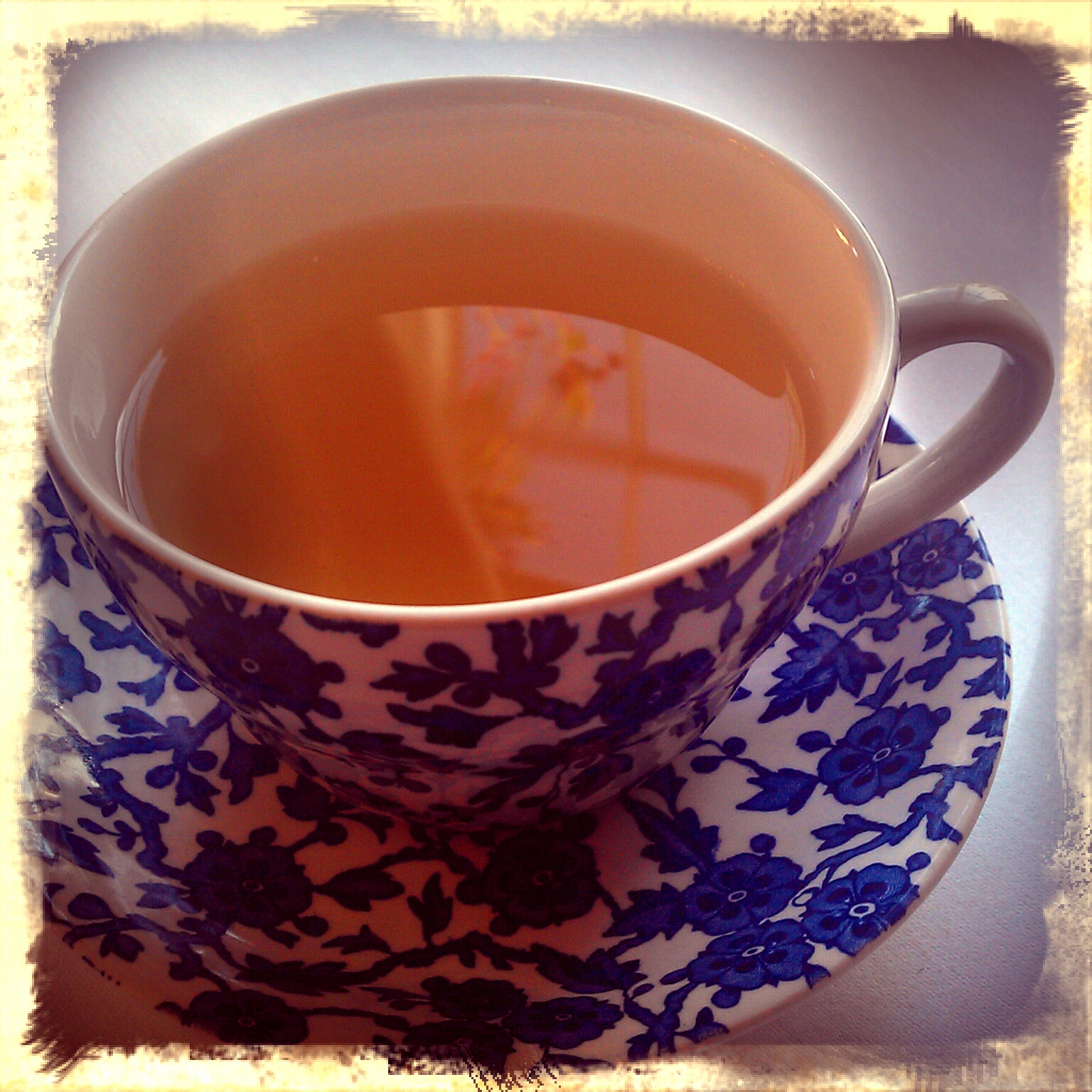 Afterwards we were taken for a bit of a tour, including the grounds. 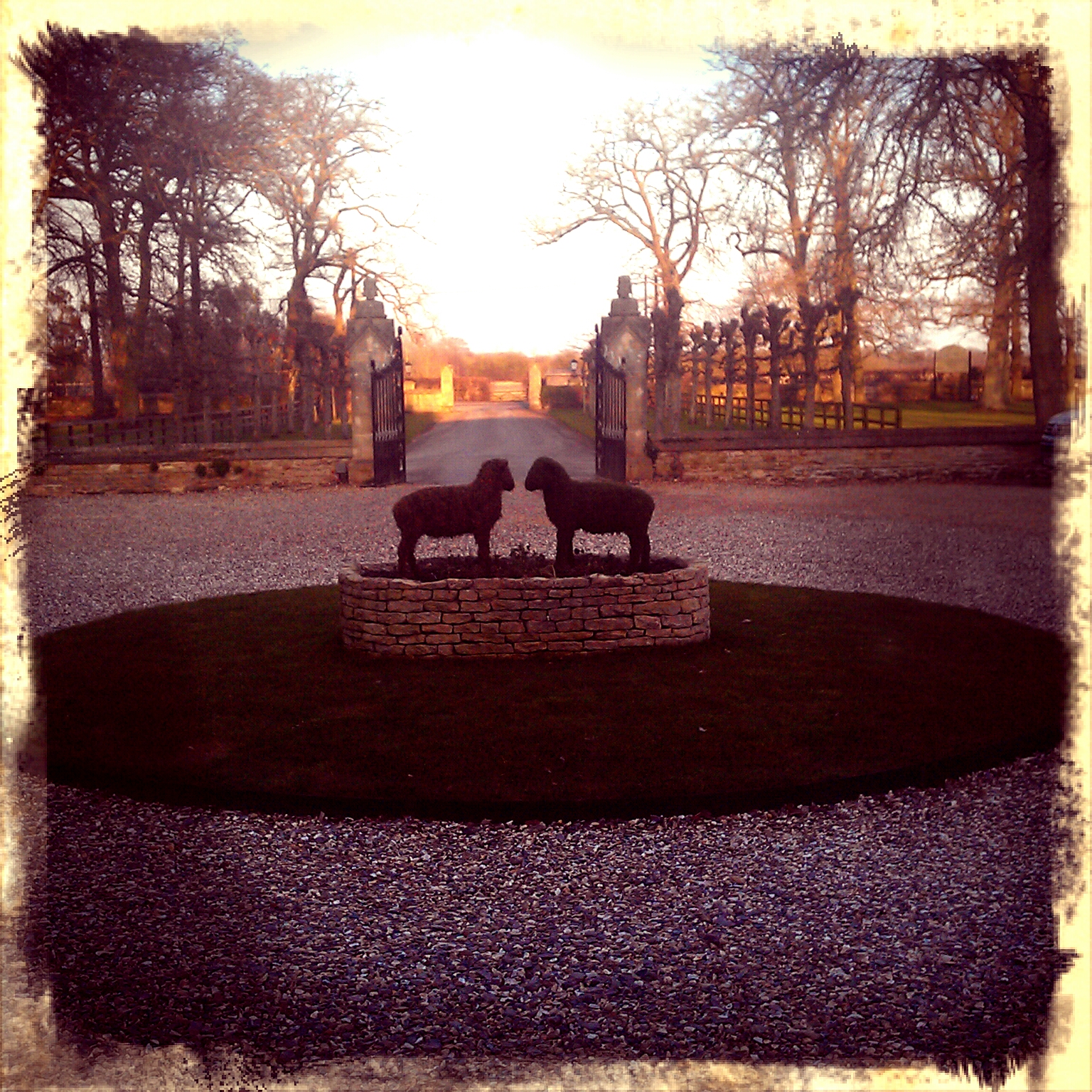 Sated, we shopped at Bicester (window, mainly) then came home and ate more. We are very good at eating.

On Sunday my sis went off to eat sushi for my niece’s birthday and I went to a workshop with the wonderful people from KERB. I got up at 8am, got on a bus to London Bridge and spent the day in a room overlooking the hustlebustle of the station, listening to people talking about street food, stopping at intervals to be fed by some of them. I was basically totally absorbed in listening and eating and talking to all the other people there, so I forgot to take photos most of the time.

I failed to capture for posterity the sausage, egg and cheese breakfast muffins fed to us by Original Fry-Up Material (amaaaaazing with a cup of tea on a baby hangover), but you can see them on their website here.

Lunch was wood-fired yumminess from Fundi Pizza, which I did stop to snap. 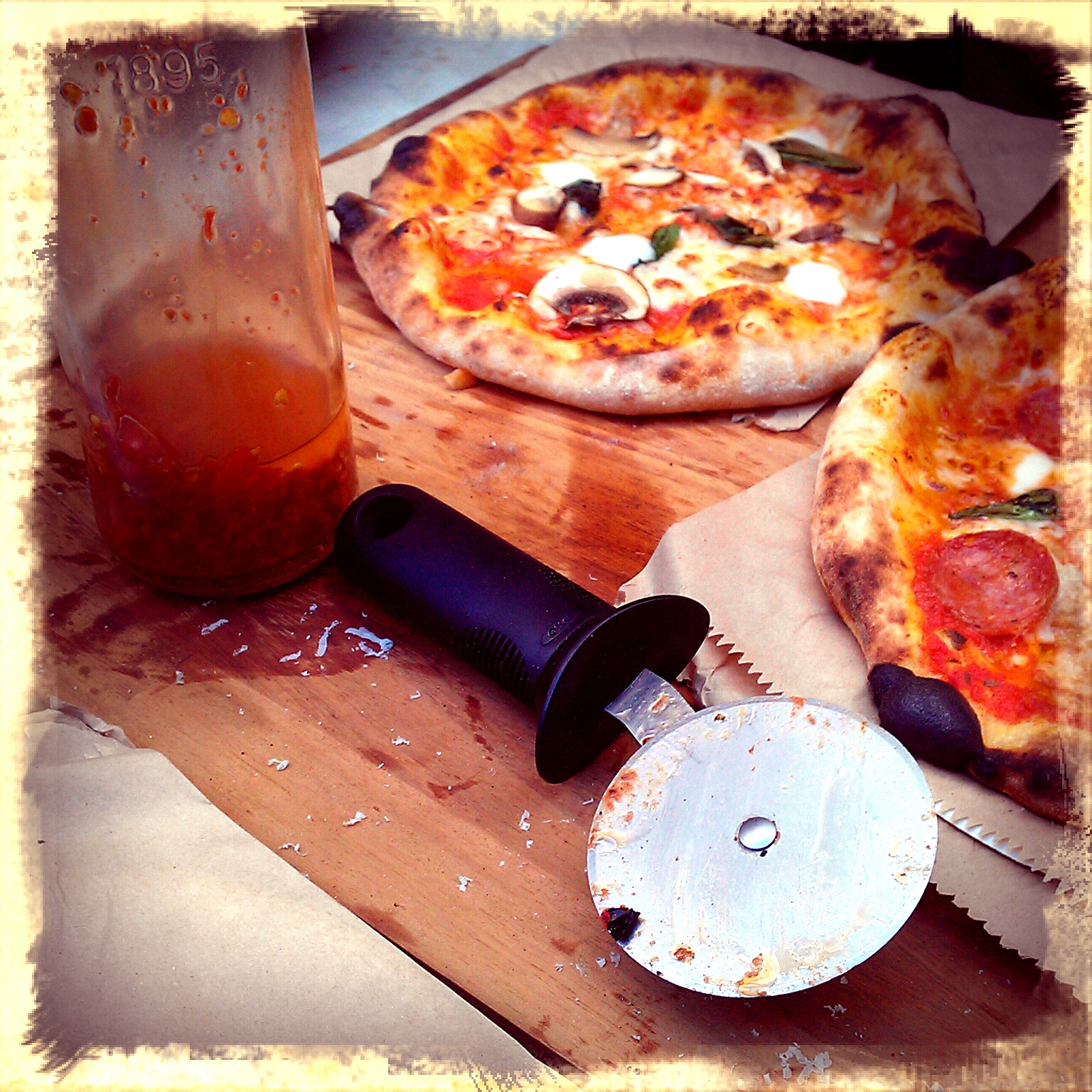 Make mine a pepperoni

Along with the oven. 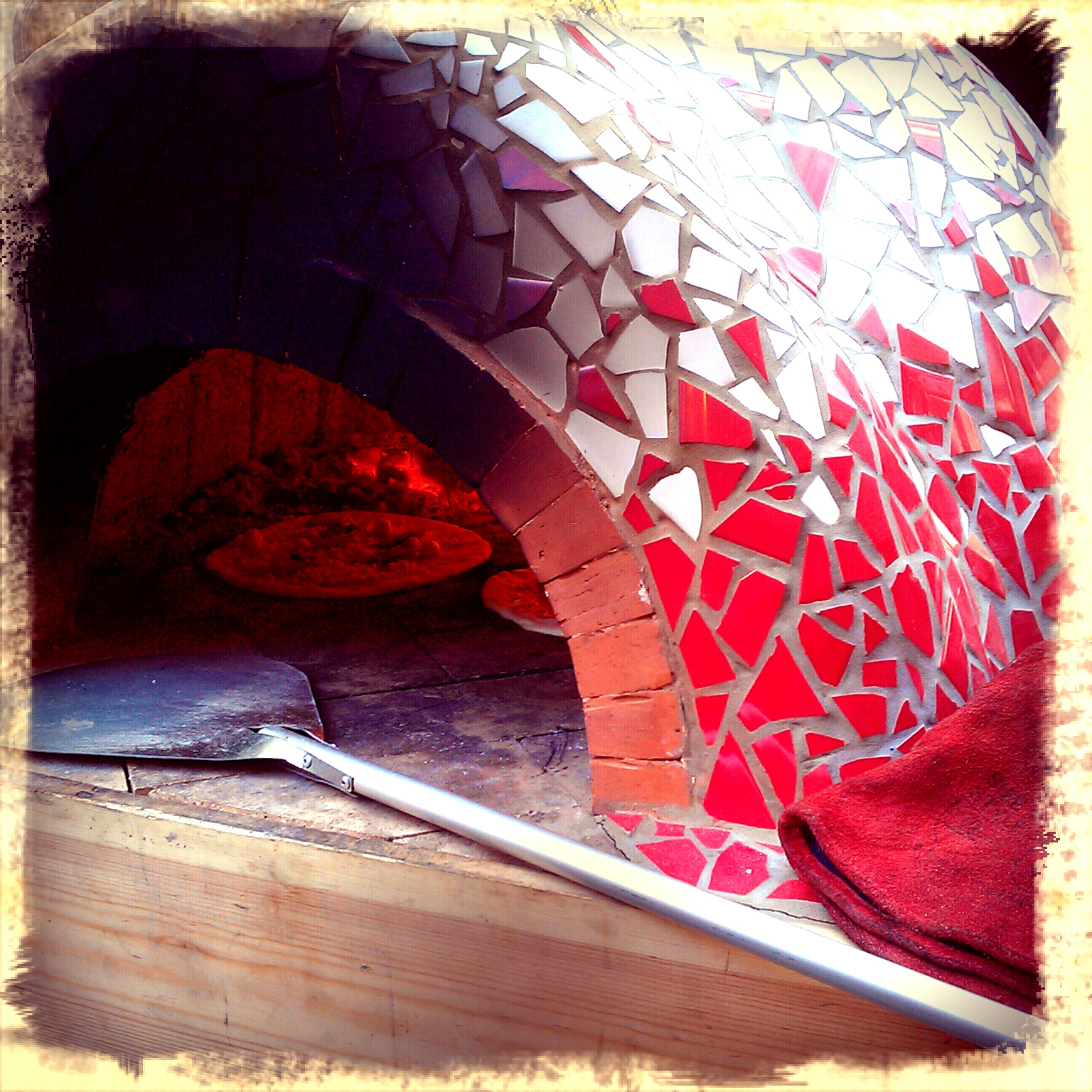 And the tomato sauce. Doesn’t it look good? 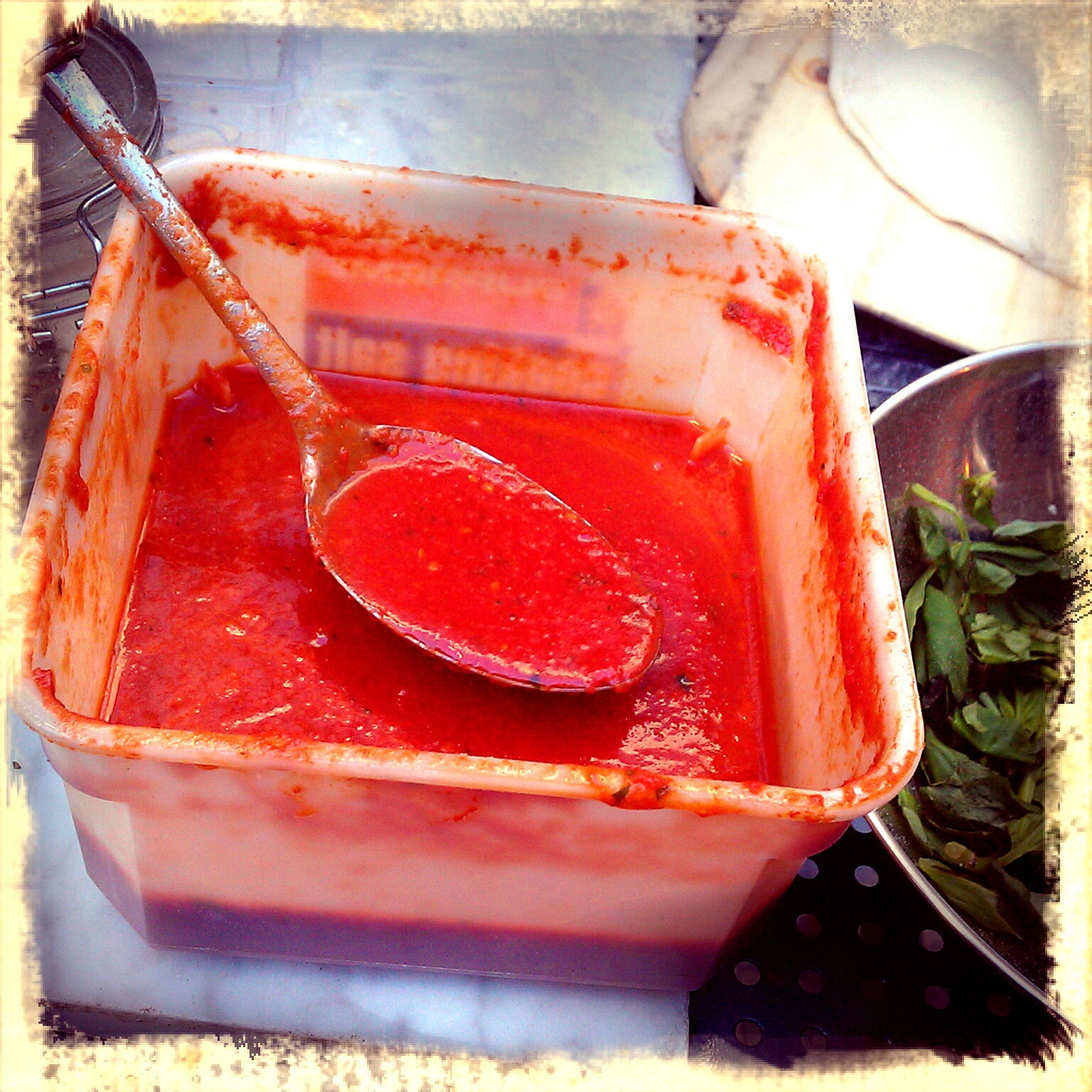 There were also ice lollies, but I didn’t catch those either.

It all wrapped up at 6pm, by which time I was totally bushwhacked, but I did go upstairs to the Rooftop Cafe for a beer before home. Good view. As the name would suggest.

On Monday I ate 488 calories. Nothing much to report there. Though it’s not as bad as you might imagine.

On Tuesday I took my friend Carol to Dirty Burger for another review. If you are a fan of such things I recommend you hasten to Kentish Town the next chance you get. 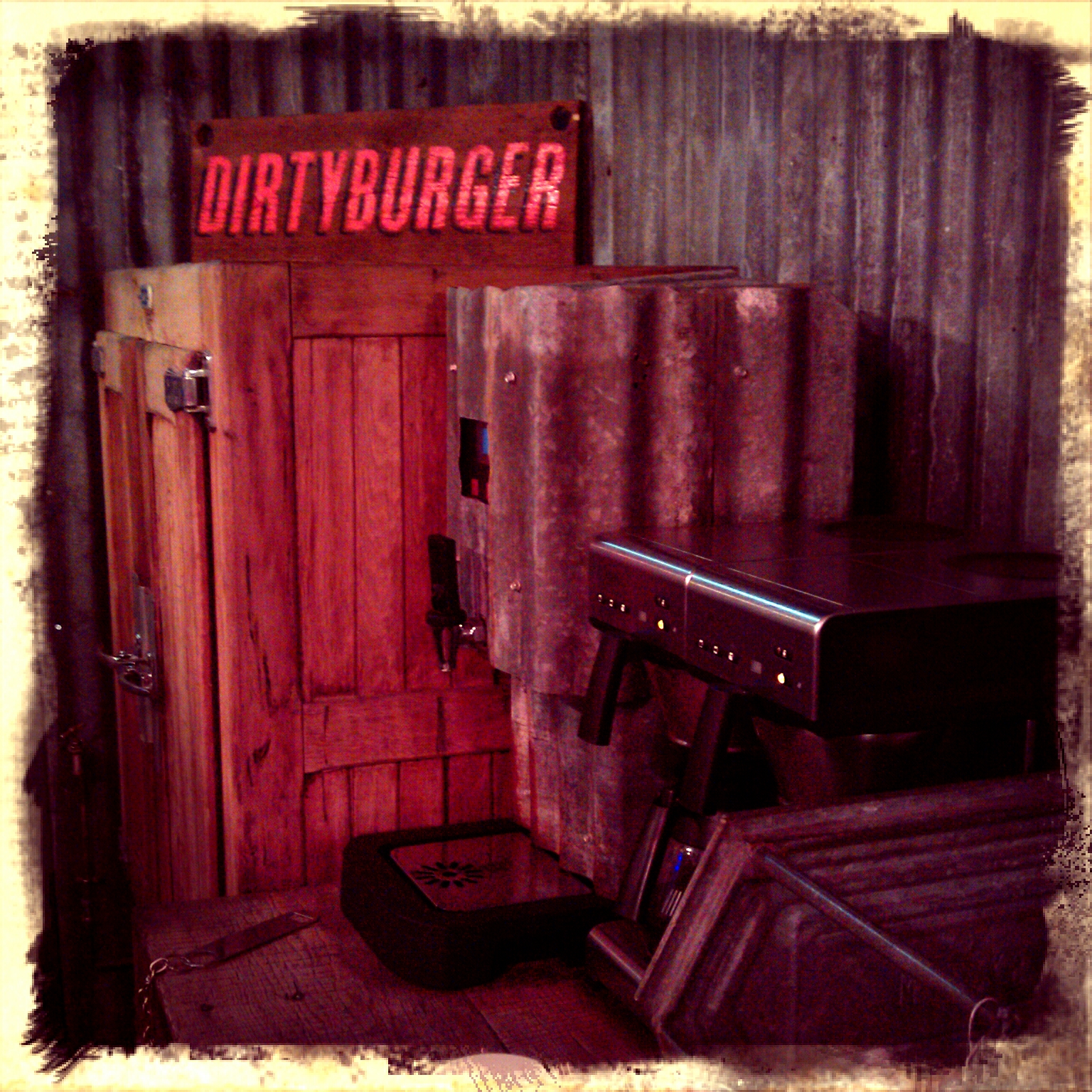 It’s in a shed, tacked on to the back of Soho House Kentish Town. It overlooks a car park, the door keeps swinging open to let in the cold and the stools could do with foot rests to prevent annoying foot-dangling. 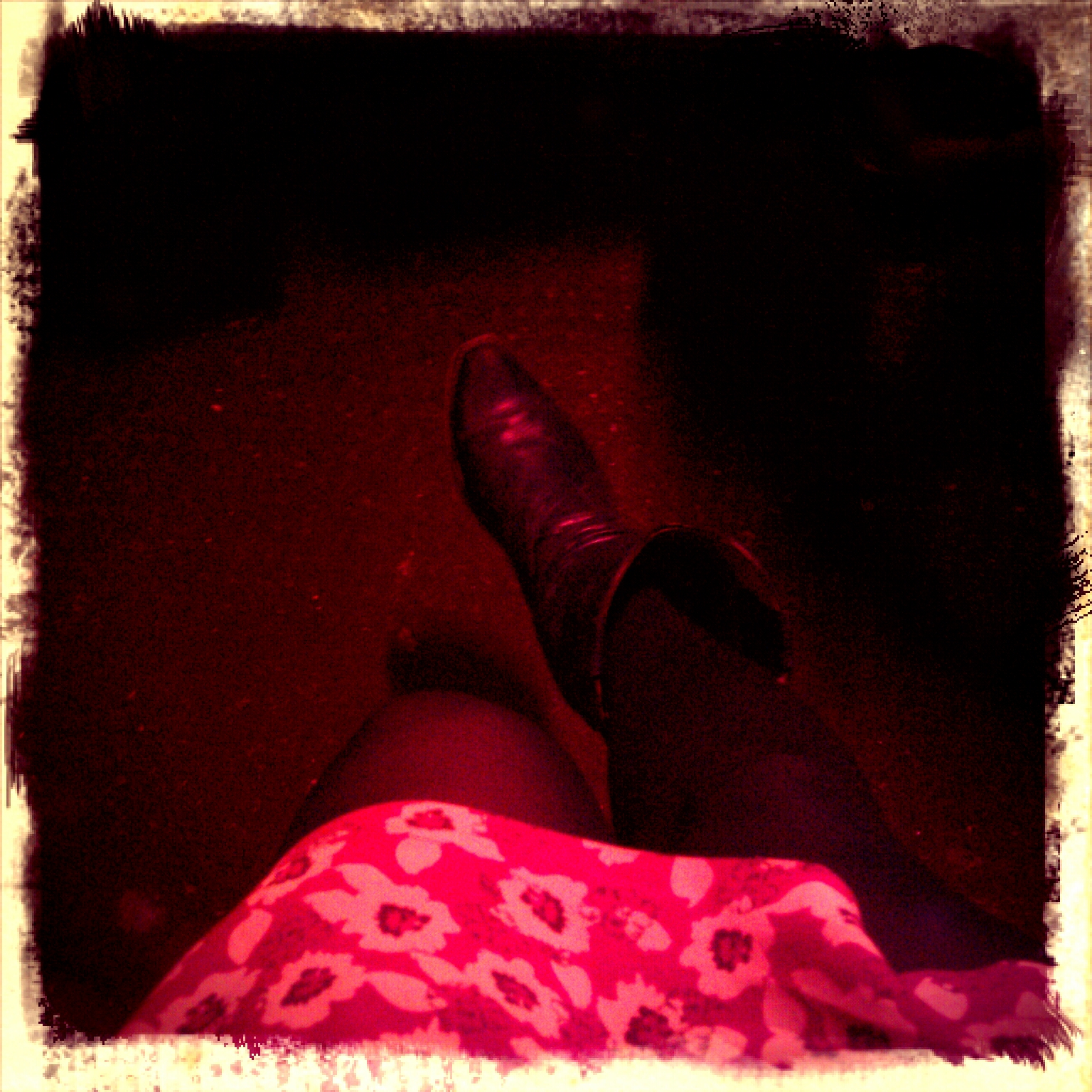 Putting the boot in

But, my goodness, it’s a blinder of a burger. It seems I only took artfully framed pictures of it while it was still wrapped up, but I can report that it makes a hell of a mess and tastes of beefy, juicy loveliness with an edge of cheesy squidge and some good lettucy crunch. The crinkle-cut fries were average, the ‘onion fries’ (rings, but not) a heart attack waiting to happen (in a good way) and the shakes thick and perfect for pudding.

Condiments on the side. It’s all very communal and cosy. 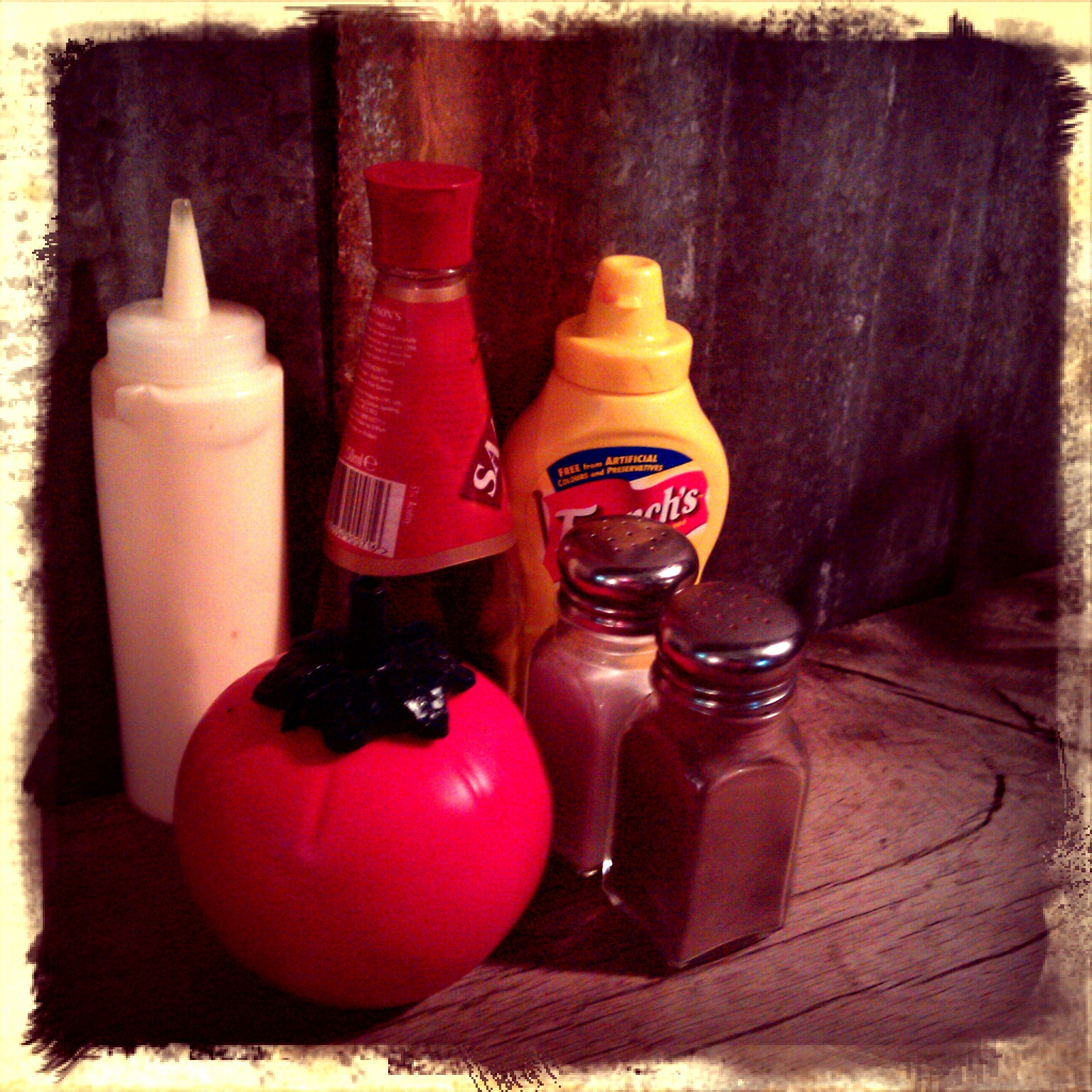 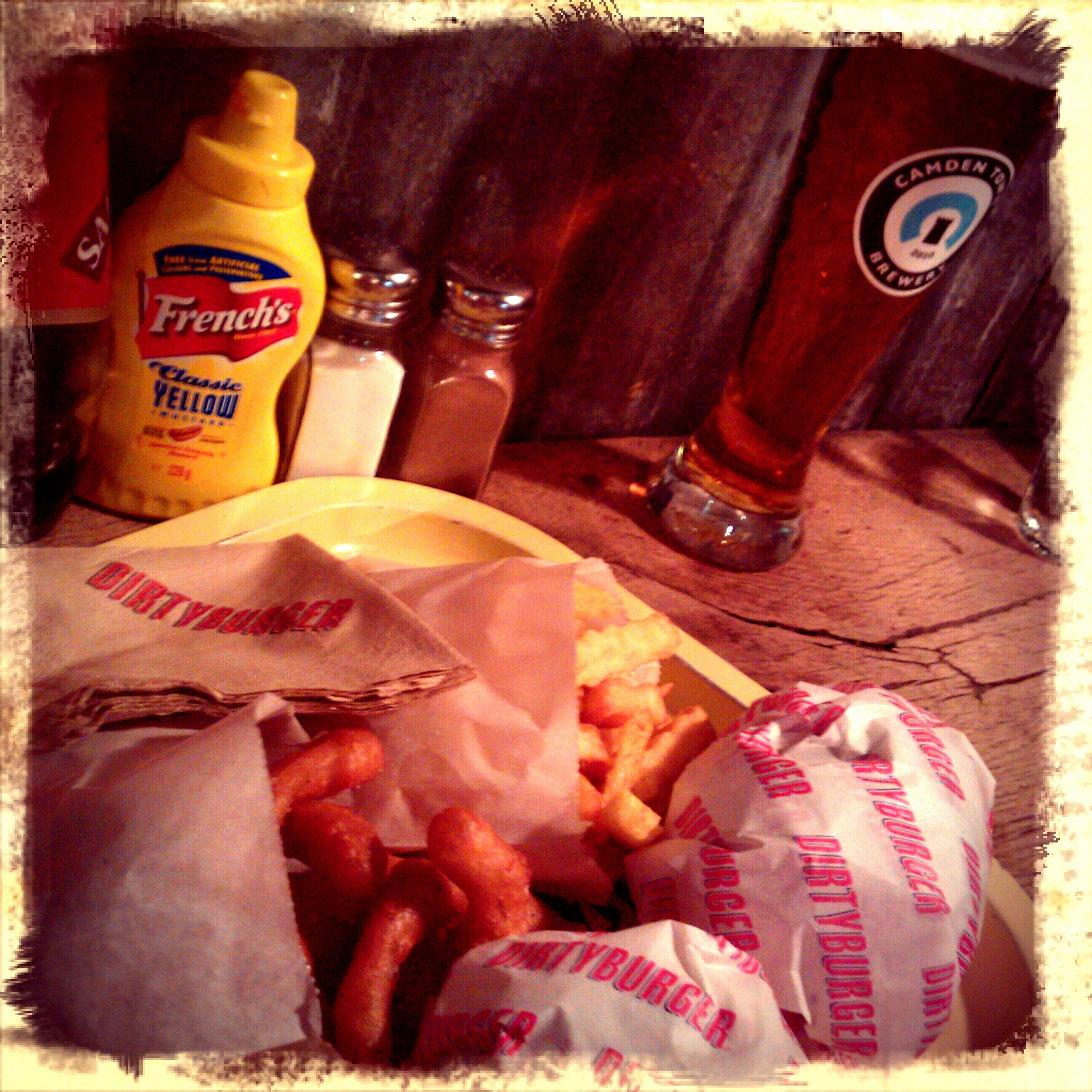 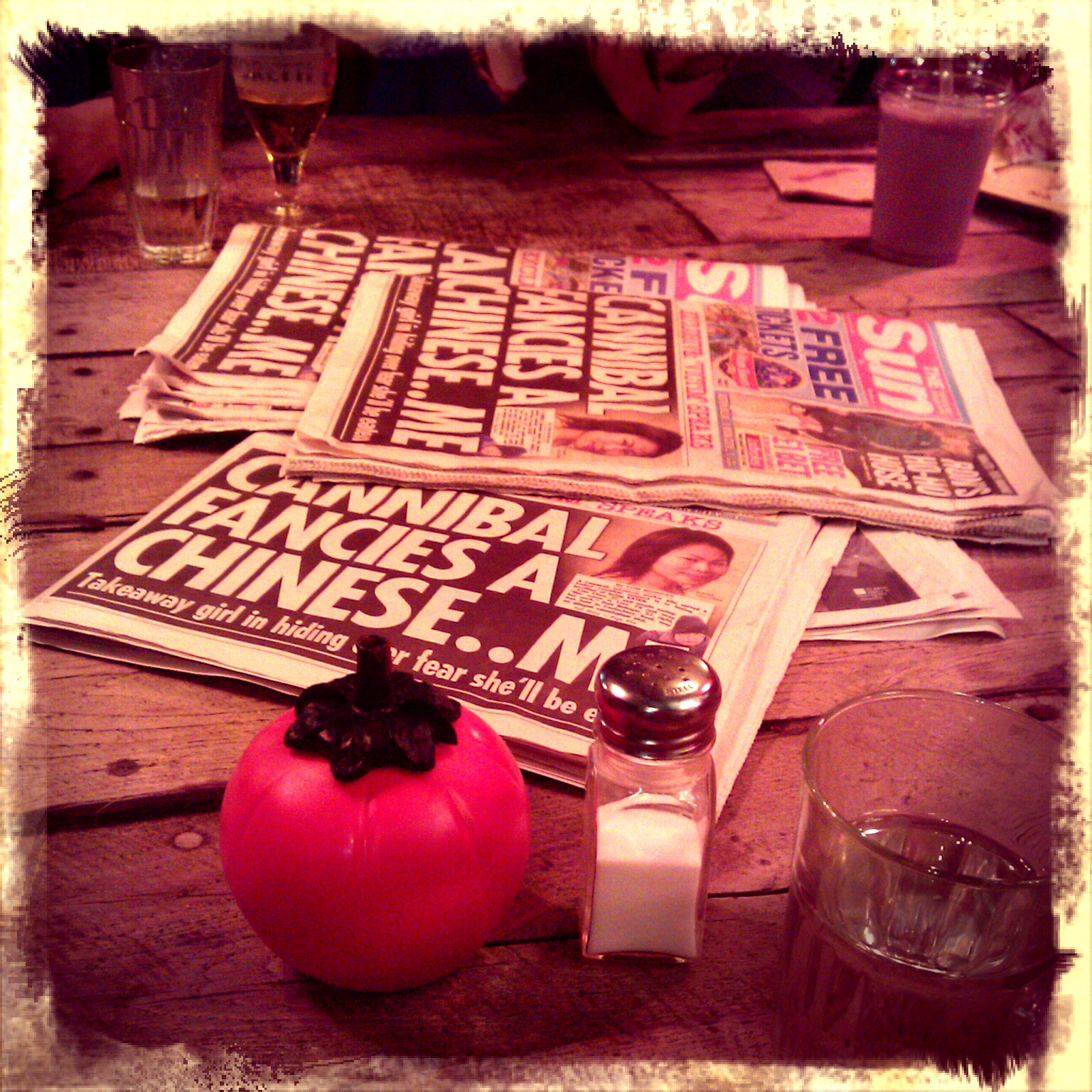 So there you have it. Four feast days and a fast.

And today I’ve been at the rabbit food again. But no matter, it seems there’s a cream-covered coffee with my name on it waiting for me tomorrow morning. Not photoshopped – guess I must have one of those popular names. 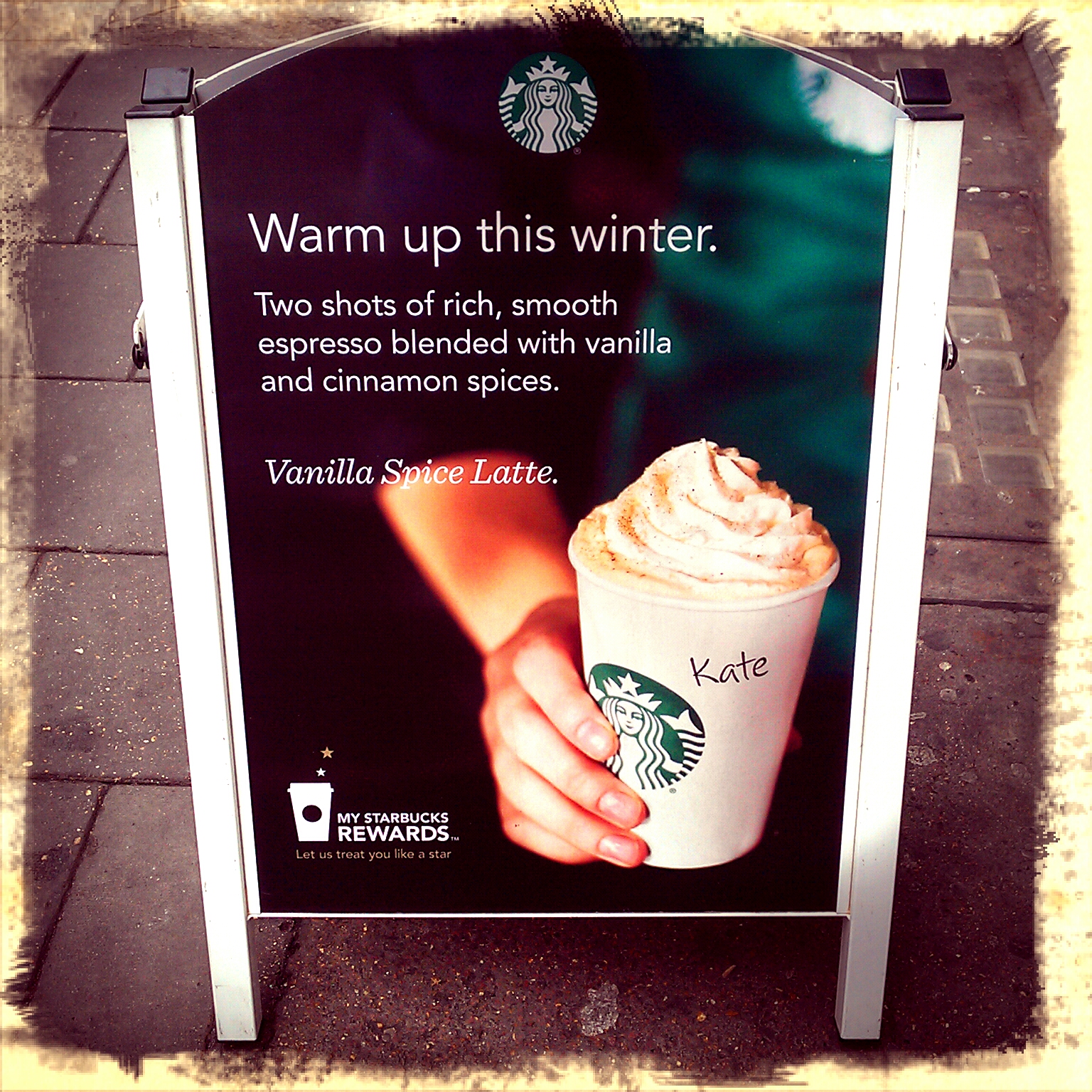